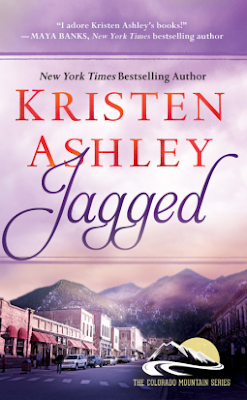 Zara Cinders always knew Ham Reece was the one, but he wasn't interested in settling down. When she found someone who was, Ham walked out of her life. Three years later, Zara's lost her business, her marriage, and she's barely getting by in a tiny apartment on the wrong side of the tracks. As soon as Ham hears about Zara's plight, he's on her doorstep offering her a lifeline. Now, it will take every ounce of will power she possesses to resist all that he offers.

Ham was always a traveling man, never one to settle down in one town, with one woman, for more time than absolutely necessary. But Ham's faced his own demons, and he's learned a lot. About himself, and about the life he knows he's meant to live. So when he hears that Zara's having a rough time, he wants to be the one to help. In fact, he wants to do more than that for Zara. A lot more. But first, he must prove to Zara that he's a changed man.


This one was a true return to the Colorado Mountain Series we have all grown to know and love.  I was not a fan of the last one, so I went into this one with trepidation.  I knocked my socks off.  Ham is strong and Alpha as hell, but just soft enough to make him swoonworthy.  We all have that one that got away, but what if he came back, and was better than ever.
Zara, AKA Cookie, is just kickass.  She is strong and takes not slack off anyone.  She also has trouble accepting help.  Her one weakness seems to be Ham, but wow what a weakness.  As with all of Ashley's leading ladies, I loved her instantly.  She is someone I wish I could meet in real life, I think we would have a good time together.
I  have a couple of issues with the book, the written a million times alpha, and the length. Ashley seems to have gotten into a comfortable way of writing her leading men as grunting cave men who don't seem very eloquent.  I have seen the this trend in the last couple of books.  They all have the same mannerisms and language patterns.  It doesn't bother me enough to stop reading, just an observation. The length was also disappointing...ok stop laughing now.  It was about half the length of her other books.  I just needed, or wanted, more.