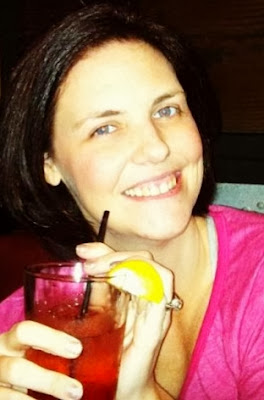 Posted by Unknown at Saturday, December 28, 2013 No comments: Links to this post

The Tempering By Adrianne James

4 Stars
Finally a book with a kickass girl who is capable of taking care of herself.  She is the true main character that can stand alone, and doesn't get all dependent on the other characters. As you can tell, I am over the weak female leads that are not complete until they fine "the one".

This book is a paranormal, with some romantic undertones that are sure to get stronger in the second book, about werewolves. As with most firsts in a series, a lot of the book is dedicated to world building and background information, but no in  a boring way at all.  The characters are all interesting, and have their own fun quirks and stories.

The real meat of the book starts about halfway through when you find out this wolf pack is different than most wolf packs.  They have an agenda, and are not afraid to use people to get there.
The first book does end in a cliffhanger, but the second on is already out, and I am downloading it as we speak.

Another plus, the first book is only 99 pennies, and the second on is 2.99.  I would definitely check this series out. 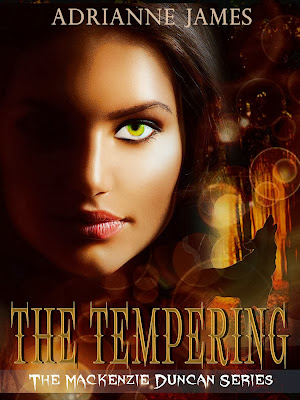 The Mythology department at prestigious Harvard University is tiny—and Mackenzie Duncan has just been selected as one of the lucky few. Her love for myths and legends is strong, but she never thought any of it could be real.

After being attacked by a large wolf while walking home alone, Mackenzie realizes something is not right. She heals quickly, is suddenly super strong, and is experiencing mood swings that can't possibly be normal. The myths she's studying aren't myths at all. Werewolves are real and she's one of them. Fear of what she is, and who she might hurt sends Mackenzie running from the life she’s worked hard to build–and straight into the arms of a handsome Were named Geoff and into the home of his pack. Living with her new pack takes the edge off her confusion and self-loathing, but the arrival of new pack members changes the dynamic, and tests Geoff and Mackenzie’s growing relationship.

The hardest part of being a werewolf is having no control and no memory of her time as a blood thirsty beast. When a moon cycle passes and she actually remembers bits and pieces of the night, she starts to ask questions, and the more questions she asks, the more she realizes she doesn't like the answers. Can she set aside her own sense of morals to belong to a pack that is like a family or will she leave everything behind yet again in search of a life she can be proud of?
Posted by Unknown at Saturday, December 28, 2013 No comments: Links to this post

It was sooooo bad.
1 Star 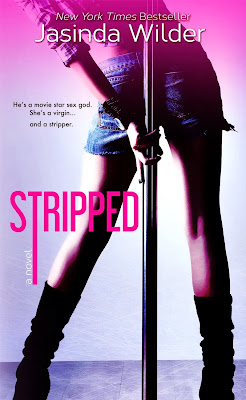 I feel like someone took all the annoying traits from New Adult (virgins, billionaires, abs, clueless female lead, ect.) and jumbled them together for one book. You have a weak female lead who is....wait for it.....a virgin stripper from Georgia. She actually collapses with despair at the drop of a hat. If some actually fainted with despair in front of me I would point and laugh.

The male counterpart is a bad boy actor with millions and millions to waste, who falls in love with said virgin stripper in three minutes. You know the type, troubled, rough childhood that he suppresses with an endless string of booze, bimbos, and drugs until he meets the shining light that is Grey.

It is really that bad.

Posted by Unknown at Monday, December 16, 2013 No comments: Links to this post

So this little gem comes out in Feb. 2014, but I was lucky enough to get an ARC. It is amazing. I am only half way through and it is already one of my favorites she has in the series. Can't wait to write the review.

Update: it will be getting 5 stars, it was that good. 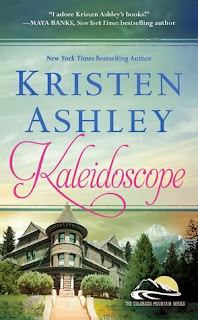 Sexy, gifted, and loyal, PI Jacob Decker is a tall, cool drink of perfection who had Emmanuelle Holmes at "hello." His relationship with Emme's best friend kept them apart for years, but things have changed. Now that a case has brought him to Gnaw Bone, Colorado, the road is wide open for Emme and Deck to explore something hotter and deeper than Emme dreamed possible. So why is she sabotaging the best thing that's ever happened to her?

It isn't easy to catch Deck off guard, but Emme does just that when she walks back into his life after nine long years. The curvy brunette had her charms back in the day, but now she's a bona fide knockout . . . and she wants to rekindle their friendship. Deck, however, wants more. Emme's always been the one; she excites Deck's body and mind like no other woman can. But a dark chapter from Emme's past overshadows their future together. Now only Deck can help her turn the page-if she'll let him . .
Posted by Unknown at Thursday, December 12, 2013 No comments: Links to this post