Since I have had so much time to read due to being trapped inside because of the snow, I had the pleasure of reading two really good motorcycle books.
1. 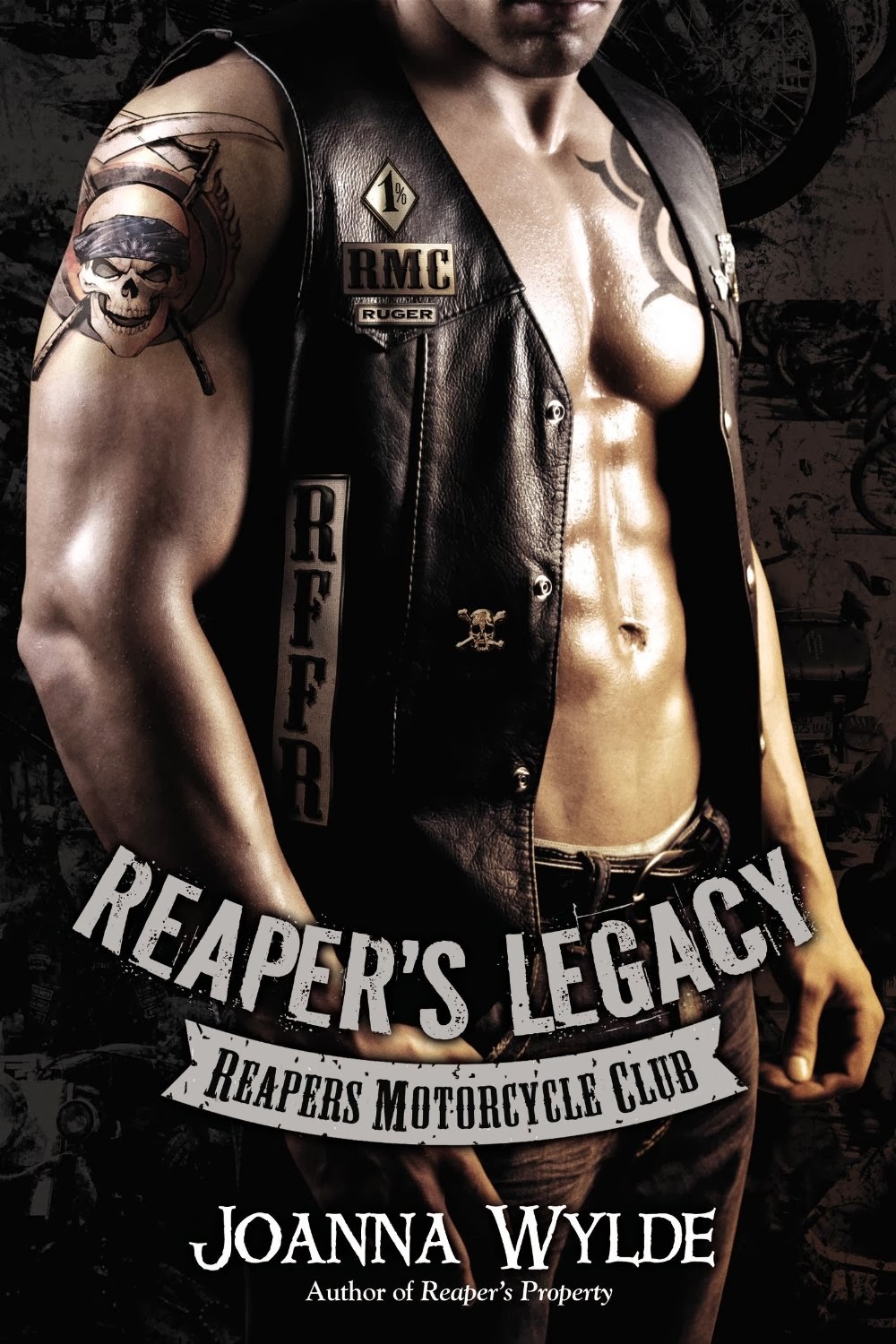 Eight years ago, Sophie gave her heart—and her virginity—to Zach Barrett on a night that couldn’t have been less romantic or more embarrassing. Zach’s step-brother, a steely-muscled, tattooed biker named Ruger, caught them in the act, getting a peep show of Sophie he’s never forgotten.She may have lost her dignity that fateful night, but Sophie also gained something precious—her son Noah. Unfortunately, Zach’s a deadbeat dad, leaving Ruger to be Noah’s only male role model. When he discovers Sophie and his nephew living in near poverty, Ruger takes matters into his own hands—with the help of the Reapers Motorcycle Club—to give them a better life.Living with outlaw bikers wasn’t Sophie’s plan for her son, but Ruger isn’t giving her a choice. He’ll be there for Noah, whether she wants him or not. But Sophie does want him, has always wanted him. Now she’ll learn that taking a biker to bed can get a girl dirty in every way…

4 Stars
As with the first in the series, Reaper's Property, this one did not disappoint.  there was all of the rough rugged biker fun, with a bit of a soft side.  You know how in all of our wildest dreams the bad boy gets tamed by the girl he can't live without.  It's kind of like that, but with one hell of a ride along the way.  Ruger is one sexy alpha, but Sophie is no pushover, and you know how I love my feisty women.  Well worth the read if you're looking for a biker romance to heat up your nights.
I can not wait for the next one, and I know who it's going to be about. Em might actually get some. He was my boss, my brother’s friend, a Widow, an ex-felon, and a man I’d seen casually with a handful of women. But he was everything that gripped me, both the good and the bad. Worst case scenario if things turned awkward between us, I could go somewhere else. I’d gotten over epic heartbreak before, one more wouldn’t kill me. -- After moving to Austin following six months of unemployment back home, Iris Taylor knows she should be glad to have landed a job so quickly... even if the business is owned by a member of the same motorcycle club her estranged father used to belong to. Except Dex Locke might just be the biggest jerk she’s ever met. He’s rude, impatient and doesn’t know how to tell time. And the last thing they ever expected was each other. But it was either the strip club or the tattoo shop. … she should have chosen the strip club.

3.5 Stars
This book had less to do with the biker aspect, and more with the tattoo shop angle.  If you ask me, best of both worlds.  I swooned, laughed, and panted an equal amount of time reading this one.  It is a little longer than I am used to, and the reason it lost some stars was because it was a little long winded and repetitive in sections.
I enjoyed all the characters and felt the primary ones were developed perfectly.  A little badass, while being a little vulnerable.  I could have used a little more with some of the secondary characters, but then the book might have turned into an epic.
Even with being a little rough around the edges, I am glad I took the time to read it and fall in love with the characters.  I will definitely be following this author.